This year, I gave myself a goal of reading 30 books, and I am half way there, with a couple of books started!

I wanted to share with the world some of my favourite books from the last couple of months, but also some of the books that  have waiting for me on my book shelf.

To begin with, at the moment I have sitting on my shelf:

The audacity of hope, by the one and only Barack Obama

Half of a yellow sun, by Chimamanda Ngozi Adichie

When will there be good news, by Kate Atkinson

David and Goliath, by Malcolm Gladwell

The thing around your neck, by Chimamanda Ngozi Adichie

The girl who takes an eye for an eye, by David Lagercrantz

This were my most recent purchases, and the ones I’m looking most forward to read, but I’ve probably got another 10-15 books that I’m yet to read from the previous years!

Secondly, the books below are a couple of the books that I absolutely loved throughout the first part of 2019. I try to keep it as varied as I can, but this year for me, I have been interested in America before and after the Civil war, but also the issue of race and the human spirit.

These are the books that I have read so far and that left me with something more than just a pleasant feeling: 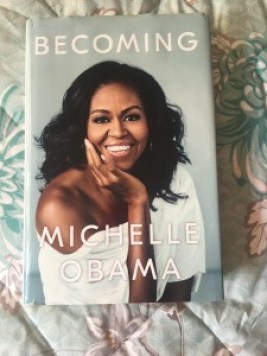 This book was absolutely beautiful. I loved reading about Michelle’s upbringing and what she had to fought to make a very successful life for herself before Obama, but it also gives an insight in the American election process and the things presidential candidates have to give up in order to start that battle. She writes beautifully, smart and clear, a voice that simply gets to your soul.

Notes on a nervous planet, by Matt Haig 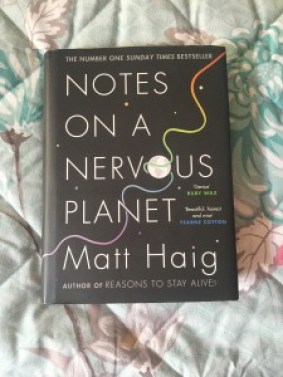 I’ve been reading Matt’s books for about a year now, and this one I actually read towards the end of 2018, but I felt it deserved a mention. Matt’s books all deal with his experience of dealing with depression and the growth that came for him moving forwards from that dark place. This book deals with the news, social media, how important sleep is, as well as exercising. I would definitely reccommend picking any of his books, I felt like they all have been a bit of a compass during hard times for myself. He has recently published a children’s book that has been added to my list, Evie and the animals. 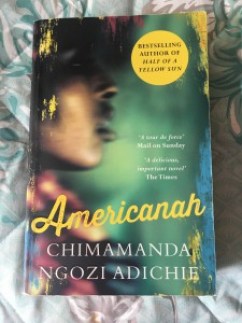 Such a difficult name to pronounce, some would say, but if you know this famous Beyonce song, then you’ve heard of Chimamanda!

This book was my second book of 2019, and looking back at my Goodreads account, I actually said it was one of the best book I’ve read in a while. Her writing is impeccable, the story in itself pulls you in and lives you wanting more. Since this book, I’ve read Purple Hibiscus and I have got two more of her books sitting on my shelf!

A standout quote for me was this one:

“The only reason you say that race was not an issue is because you wish it was not. We all wish it was not. But it’s a lie. I came from a country where race was not an issue; I did not think of myself as black and I only became black when I came to America. When you are black in America and you fall in love with a white person, race doesn’t matter when you’re alone together because it’s just you and your love. But the minute you step outside, race matters. But we don’t talk about it. We don’t even tell our white partners the small things that piss us off and the things we wish they understood better, because we’re worried they will say we’re overreacting, or we’re being too sensitive. And we don’t want them to say, Look how far we’ve come, just forty years ago it would have been illegal for us to even be a couple blah blah blah, because you know what we’re thinking when they say that? We’re thinking why the fuck should it ever have been illegal anyway? But we don’t say any of this stuff. We let it pile up inside our heads and when we come to nice liberal dinners like this, we say that race doesn’t matter because that’s what we’re supposed to say, to keep our nice liberal friends comfortable. It’s true. I speak from experience.”

The autobiography of Malcom X, by Malcom X I think many more people knew who Martin Luther King was, rather than who Malcom X was, but they lived and battled a great deal of racism around the same time. Malcom X embraced the Muslim faith and became part of the Nation of Islam, converted hundreds and after 20 years was very ungracefully dropped by the same people he helped raise up.

He was names ‘the angriest man in America’, but I think what stands out more to me, is the things he had to go through the first part of his life (especially the hustle of trying to make it in America) and how devoted you can become to an idea.

I’m hoping I’ve given you some book inspiration, this post has totally made me want to start ALL of those books that I’ve got sitting on my bedside table!