One of my last pieces from the 30 Days Writing Challenge, was an idea I had about women empowerment and feminism.

Also, after watching the last Dove campaign, I realised that this whole ’empowerment girls thing’ should be discussed more and not put into a corner. Of course, this Guardian article is real as well – from the point of view of adverts – advertising campaigns should really be inspiring, but we should not forget that at the end of the day, they are actually promoting products.

But what we should actually take from them is humanity.. Is the fact that we are all flawed and that that’s perfectly normal. That we need to trust ourselves more.

Of course this kind of campaigns need to exist – how else would we beat those unhealthy magazine covers, diet pills and all the paraphilia?

There’s always going to be two sides to a coin, let’s all remember that.

So today, because I needed some inspiration, and because we ALL need some inspiration from time to time – I present to you my list of Women that Rock. Some of them you know, some of them, they’re the women in my life that have held my hand and thought me something about life. 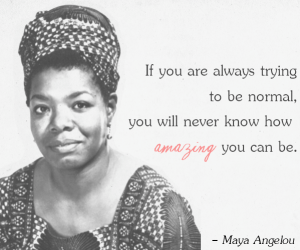 1. Maya Angelou. This phenomenal woman has been featured few times already on my blog.

She inspires me because of the way she lived her life.

Because she never let anything or anyone to put her in a corner, and she faced all the adversity in the world, but she never gave up.

She had a dream and she fought for it.

She taught me that to forgive someone, especially your own blood, is an important step in your development as a good human being.

“I love to see a young girl go out and grab the world by the lapels. Life’s a bitch. You’ve got to go out and kick ass.” 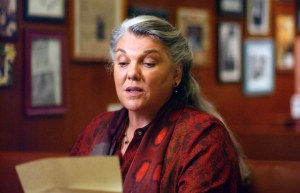 Yes, yes she is a fictional character. But she is my all-time favourite characters. Ever.

She embodies the woman that I want to become – strong, kick-ass, but with a very soft side for the good of the humanity.

She reminds me so much of my mother and my two grand-mothers..

I think of her like my super-hero. Always willing to do everything for her family, always saying things as they are and always right.

“An inch every ten years. That’s the way the Rocky Mountains were formed, and that’s the way the world changes. Not by stamping your foot to get your way. Not even by the bang of a gavel. It’s by the choices that we make, you know, all the time. You do what you think is right, every time. Slowly, the world starts to change. That’s how we leave our imprint on life — an inch every ten years.” 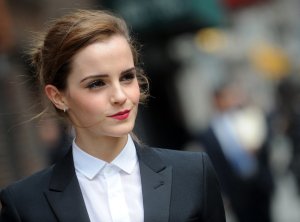 This girl. Changed the scene from the brainy nerd in Harry Potter to the UN stage, where she advocates for equality(link). She is trying to make a change. And she keeps it real.

She showed me that smart is the new sexy, and that you can have whatever you want, as long as you work hard for it.

She has been named one of  Time‘s Most Influential People in the world this year, and while I don’t agree with some of the people that made the list, she deserves it. You show them, Hermione!

“I’ve had dark times – this voice in my head that makes me pretty hard on myself. I really don’t let anything go. I’ve been learning that I have to try and be a bit kinder and take care of myself a bit better.” 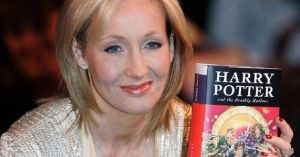 4. J.K Rowling. From a Harry Potter character, to the magician who created it.

This woman is all I want to be as a writer.

She created this world that lives on, that we all grew up with, and even if you never read the books, chances are that some(most) of your friends have and you were still touched by magic through them.

I have so much appreciation for this woman and for her work. Harry Potter is part of my life now more then ever. Whenever I have a sucky day, that’s my oasis. I put on one of the movies or I just re-read one of the books. And then I know everything will be ok.

“You might never fail on the scale I did, but some failure in life is inevitable. It is impossible to live without failing at something, unless you live so cautiously that you might as well not have lived at all – in which case, you fail by default.” 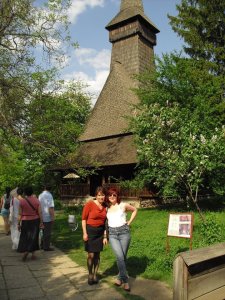 5. MUM. I would be a bit superficial if this woman would not make my list.

My everything. The woman that taught me everything I know today. The woman that showed me how important is to work hard. The woman who showed me how to cook, sew and draw. She kept nagging me most of my growing up about small chores and why is important to do them Mostly, I kept ignoring her or I used to argue with her. But now, so many years later, I realise that she was right. Mum is always right. No matter what.

And the most important thing that she taught me? To ask myself the question: if not me, then who..? If I’m not going to do it, who is going to work for my dreams? Who else knows exactly what I want in my heart?

She is always there for me, always supporting me (even when I chose to fly thousands of miles away), always saying the right things. And for that, I love her.

My list is way longer, but I thought 5 is a good enough number and a good enough inside in my life. I would also include Angelina Jolie, Audrey Hepburn, Marilyn Monroe, my cousin, Coco Chanel and few others that don’t come to my mind right now.

I think it’s very important to have few models in your life. Not to long their lifestyle, or their lives – but for inspiration – through what this great women have achieved, they showed me that anything is possible. They showed me that as long as I work hard, I can do whatever I dream off. No matter what others think or say to me.

It is also important to have few great people in your life that can guide you and accept you for who you are.. I am blessed enough to say that I have few people like that in my life. But I know everyone’s situation is different. So, if you think you are alone, and you don’t have anyone to pull you up when you’re down.. think again! You have Yourself.

And that’s even more important. 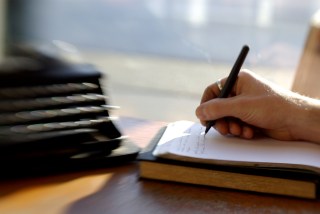 Day 30 of the Writing Challenge. What have I learnt? 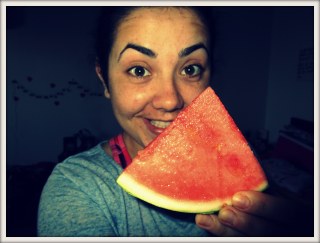