“To believe in something and not to live it is dishonest.” ~ Mahatma Gandhi

This is something that defines me. Or to be honest, it has defined me for the last 5 years. And I have been having a difficult time staying true to my principles since I have arrived in China.

Why is that? Because some people will tell you – being a vegetarian in China is one of the hardest things to do.

Now, I’m not one to listen to what people will tell me – in terms of how I should or should not live my life – but I’ve got to admit, this was one heck of a good advice!

Let me tell you how it all started ..

In my first year of college, I was a lost kid in a new country, trying to figure out the world, trying to go out and meet people, trying to be accepted into groups. Trying to be cool, I guess.

To be honest, I was lost. There is no other way around it – I did not know what the future will bring me, if I will be able to support myself through three years of college with no help from anyone and if I will be able to make it. Period.  It was scary, exhilarating and challenging at the same time.

And I used to love it. Most of it.

Except the nights when I would cry myself to sleep because I did not had enough money to pay my rent at the end of the week. But that’s a story for another day..

Now, as part of my ‘cool new being’, I went to a student fair – joining all these cool societies was the thing to do for Freshmens’!

It was there that I met a different kind of society – they were not trying to sell the coolest parties, the coolest clothes or even the coolest places to be. They were handing out sweets! And to be honest, what better way to lure someone at your table, if not with home-made sweets?!

They were called (and still are, obviously!) The Krishna Consciousness Society. This is were all started

They got to me anyways. And for the first two seconds, all I could think about were the sweets. But then I listened to what they were saying .. And about their society and what they were promoting and believing in. The thing that stand-out for me were ‘Vegetarian Free Meals’. Of course!

Let me tell you, whoever said that the way through a man’s heart is the stomach was right. So I went to the first meeting – I even dragged one of my new friends along to it!

And these people started teaching me how I am not this body, but I am a soul.. They started telling me how animals have souls too, and how killing them for our own enjoyment is wrong on so many levels.

And the information basically hit a spot inside my heart .. I was hearing out loud things I was feeling in my heart for such a long time!

Of course, it was not an immediate change for me. It has been a long battle, especially for my belief system. I was reading and hearing things that I had never in my life heard, but things that again, resonated deep in my soul. It was a conflict of interest – what should I do? What would others think of me? How will I ever go out and eat with my friends?

I was confused and scared once again. But that wasn’t something new, was it?!

So I just decided to take it day by day .. Read more, listen more, started meditating.. And in the summer, I decided to make the switch for a month. Started cooking delicious vegetarian meals at home, started buying all this books about vegetarian cooking, started doing my research into vitamins and kinds of foods to replace meat.

I felt lighter, my mood was improving.. But what was happening also, was that I was reading all this facts, and watching all this documentaries about the meat-industry and about economy in general. It was an enlighten month for me.

So obviously, at the end of the month I took a decision that I’ve never regretted, looking back five years later in: switching to a plant-based diet.

“When you feel the suffering of every living thing in your heart, that’s consciousness.” ~ The Bhagavad Gita

I did it because of the animals – I love animals, I respect them as beings on this Earth. But also because I believe that at the end of this life, our soul will migrate in a new body based on the actions that we do in this life.

So I choose to have a choice – a conscious choice.

And no, it was not hard to take the decision, yes, I get enough protein, and yes, you can still have a delicious, tasty meal without staining your hands with the blood of other being.

And I honestly think that more people would switch their diets, if they chose to actually open their eyes at what happens to animals – the level of torture and inhumane conditions they live it.

And yes, I tried to hide it for a while, just to make others feel good about themselves – I actually am bothered when people around me talk about meat just like food. Not many people around me, especially at the moment, want to open their eyes or try to see the other side of the meat industry.

Culture plays a big role in this, obviously, but if we would try to stop for a minute, not point the vegetarian as the weirdo in the group, and actually reflect on facts.. Maybe this world would start to change at a faster pace.

I’m not trying to impose my beliefs on anyone .. The point that I am trying to make in this article is that there are always two sides to a story. There are always some things that are best left unsaid, or things that should not be published. But I think this is not one of those cases.

People should be given a choice. Ever wondered why media promotes restaurant chains that sell fast food (all all the unhealthiness that comes with them), and not some small, independent restaurants and cafes?

Because it sells.. It’s a big circle. Consumerism. We try to get out of the circle, and they pin-point us down like unnatural and weird. And sometimes it is hard to break away, it’s hard to step outside that circle. Society pushes back in. Consumerism needs us.

I choose to listen to the other side of the story. I choose to open my eyes to the bad and ugly of consumerism. Will you..?

Some interesting facts about the industry:

The facts above are all harsh and cruel. But they’re also real. And it’s kind of hard to ignore them, at least to reflect on them for a second. I hope more of us will stop an reflect on them.

But also, if you want to get your fact right, and listen to the other side of the story (I think we owe that to our superior intelligence that we have been developing), I suggest you watch this documentary:

And if you want to try to convince that my choice is the wrong one, be my guest. I will let the facts speak for themselves.

Thought-provoking articles.. This is what I’m trying to put out there. Hope this piece was of help or at least of inspiration. And if that offended anyone, I am not sorry. I just stated the other side of this story. And if that makes me an activist, so be it. I will stand up and advocate for the ones that cannot advocate. 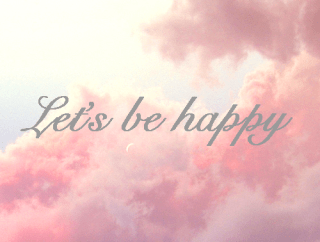 Day 22: The little things that make me Happy. Come with me to … Jianglang Shan Mountain.